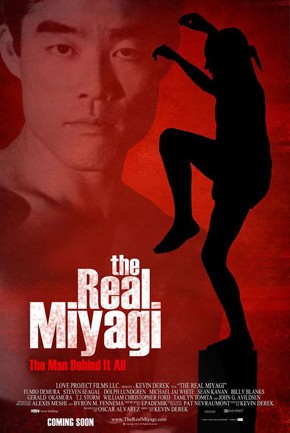 Follow the extraordinary life of Fumio Demura, a Shito Ryu Karate master who helped popularized martial arts in America. A Hollywood mainstay, later in life he would become well-known as the stunt double for Mr. Miyagi.

Kevin Derek is a producer and editor known for his work on the feature films The Trap and The Ultimate Game. THE REAL MIYAGI is the second documentary feature he’s directed.