FOR HERE OR TO GO? (FREE FROM WESTERNUNION.COM) 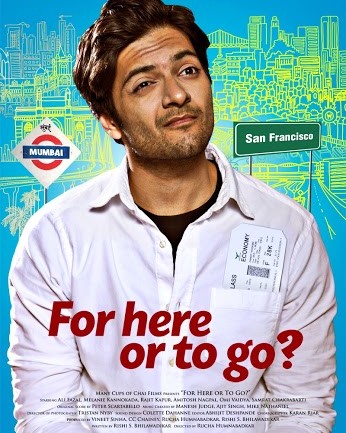 FOR HERE OR TO GO? (FREE – Sponsored by WesternUnion.com)

Young Silicon Valley software engineer Vivek Pandit is poised for a promising new startup job, but with less than a year remaining on his work visa, the offer disappears. Vivek finds himself unexpectedly battling the bizarre American immigration system to keep his dream alive or prepare to return home forever.

Writer and producer Rishi Bhilawadikar is scheduled to attend.

Rucha Humnabadkar’s short film, Arranged Marriage, played at festivals and was selected for inclusion in the Smithsonian Asian Heritage 2015-2020 traveling exhibit “Beyond Bollywood.” She’s also written and directed three English language plays and won the Young Achiever’s award for contribution to theater in Pune, India, 1999. Rucha’s debut novel Dance of the Fireflies, received critical acclaim. FOR HERE OR TO GO? is her first feature film.

FOR HERE OR TO GO? (FREE – Sponsored by WesternUnion.com)