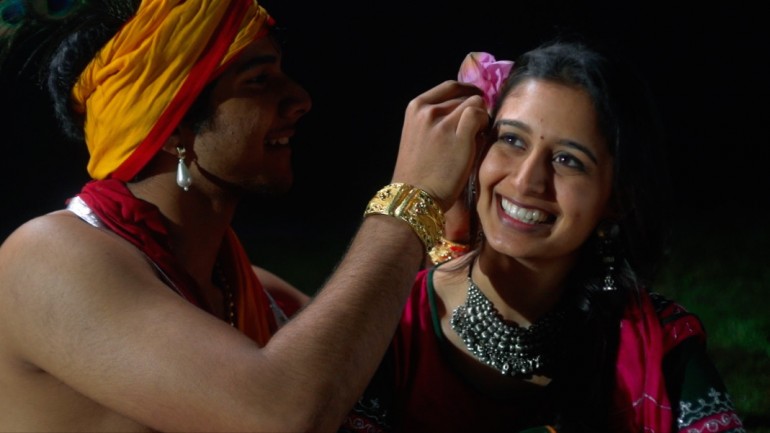 An adaptation of a famous Indian story – that of the Hindu god Krishna and his first love, Radha. While Krishna is worshipped by many devotees, it is Radha who’s at the center of his universe. He’s the flirtatious, popular boy; she’s the reasonable, beautiful girl. Their relationship is eternal – but when one of the other ‘gopis’ (cow herding girls) catches the eye of Krishna, Radha begins to question it all. For one of the first times, we see the couple’s age-old story told from her point-of-view.

Rupeshi Shah is an independent filmmaker based in New York City. She graduated from NYU Tisch School of the Arts in 2014 and has since been working as an Assistant Producer at Pentimento Productions.

Having grown up in an Indian-American household, Rupeshi knew she wanted her first big project to be a reflection of both sides of her roots. Her directorial debut, a short film titled “Radha,” is the product of that.