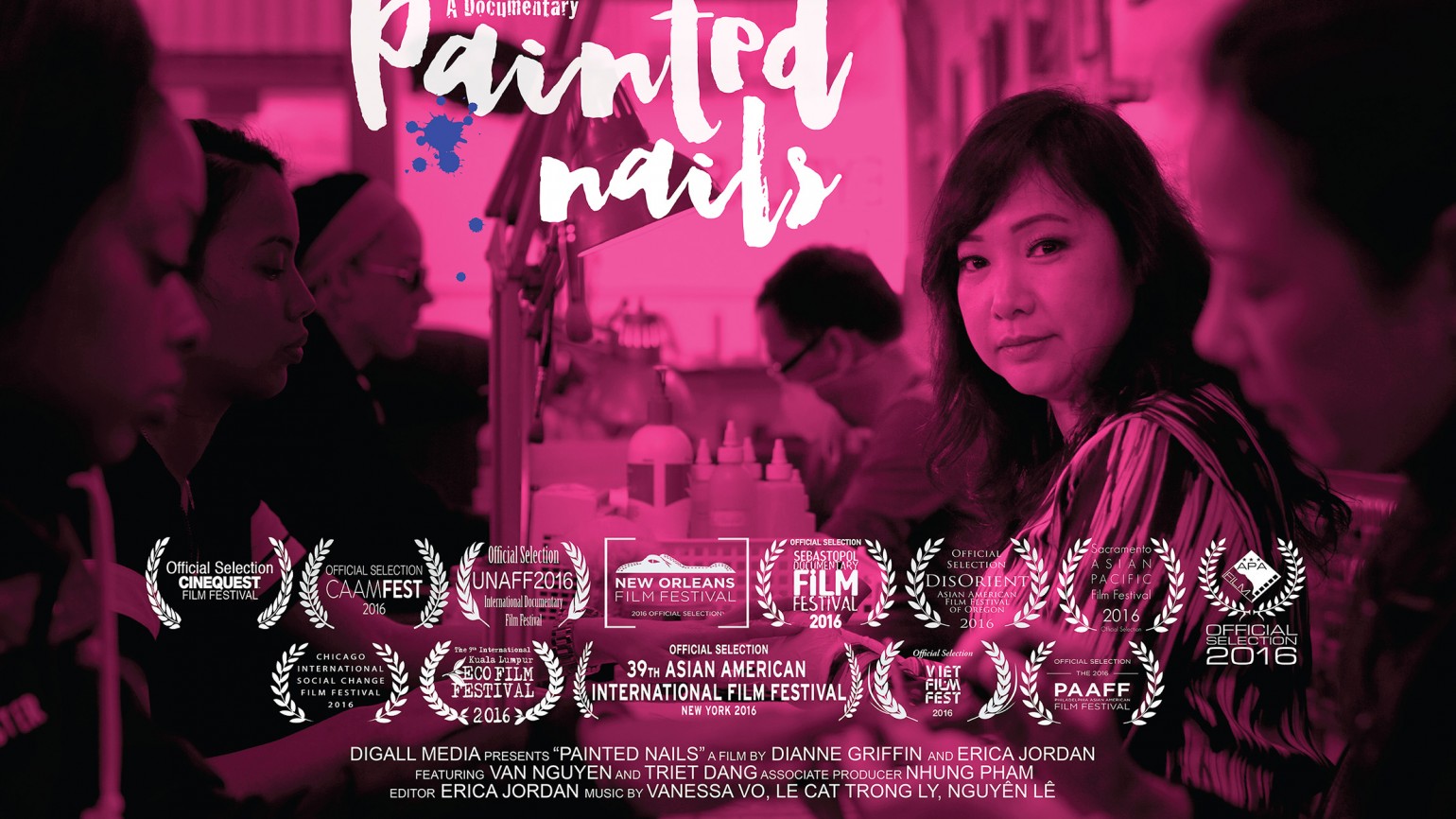 In PAINTED NAILS we witness the American dream crumble when Van, a Vietnamese nail salon worker, discovers her health problems, including two miscarriages, are the result of toxic chemicals in the products used in her salon. She courageously becomes involved in the fight for safe cosmetics. Van transforms from a self-described shy woman who speaks minimal English to a forthright advocate who testifies before Congress. In Washington, DC, at hearings for the Safe Cosmetics and Personal Care Products Act, Van, now pregnant, steps forward to speak out for all people exposed to the toxic chemicals in personal care products.

Co-Presented by: Got Green, NAPAWF and International Community Health Services.

Inspired by dance, photography and politics throughout her youth, at eighteen Erica Jordan picked up her first 16mm film camera and never looked back. She gained early recognition with her first short film Dance for One, screening for enthusiastic audiences at many film festivals. She went on to receive the Best Emerging Filmmaker Award at Rivertown Film Festival for her feature film Walls of Sand, about the friendship between two women, an undocumented Iranian and an agoraphobic American, and their search for freedom. Walls of Sand won Honorable Mention at Slamdance Film Festival and gained international attention as the first feature film selected to stream over the Internet. Erica is now in post-production on a new documentary Bound to Freedom, to be released in 2017. Her scope encompasses writing, producing, directing and editing documentary and narrative features that entertain, as they expand into a deeper view of the world.

Dianne has worked producing and directing for twenty five years in a rich range of productions both in San Francisco and Internationally. Her documentary White Hotel shot entirely in Eritrea; Africa was selected to open in the New Directors Series at the Museum of Modern Art in New York. It was picked up for distribution by Jane Balfour Films Ltd. out of London, England. White Hotel went on to play in numerous international festivals and museums, and can be purchased directly on Amazon.com. Her past work experience has included Line Producing with Michael Moore on his documentary The Big One. Dianne also created documentaries for the United Nations while following the Mekong River for Jewels of the Mekong and traversing Nepal for Beyond the Mountain. Dianne’s documentaries for Women’s Global Fund were shot while working in China, Mongolia and Thailand. She documented WGF’s funded projects in Asia; such as the only battered women’s shelter in Mongolia and the first 800 help line for women in China. Actively involved in the documentary film community, Dianne is a jury chair and advisor for the United Nations Association Film Festival since 1998 and is a long-term jurist for the San Francisco International Film Festival and the Mill Valley Film Festival. Dianne enjoys tending her small orchard and fantasizes one day a queen bee swarming will choose a nesting site in her San Francisco backyard.