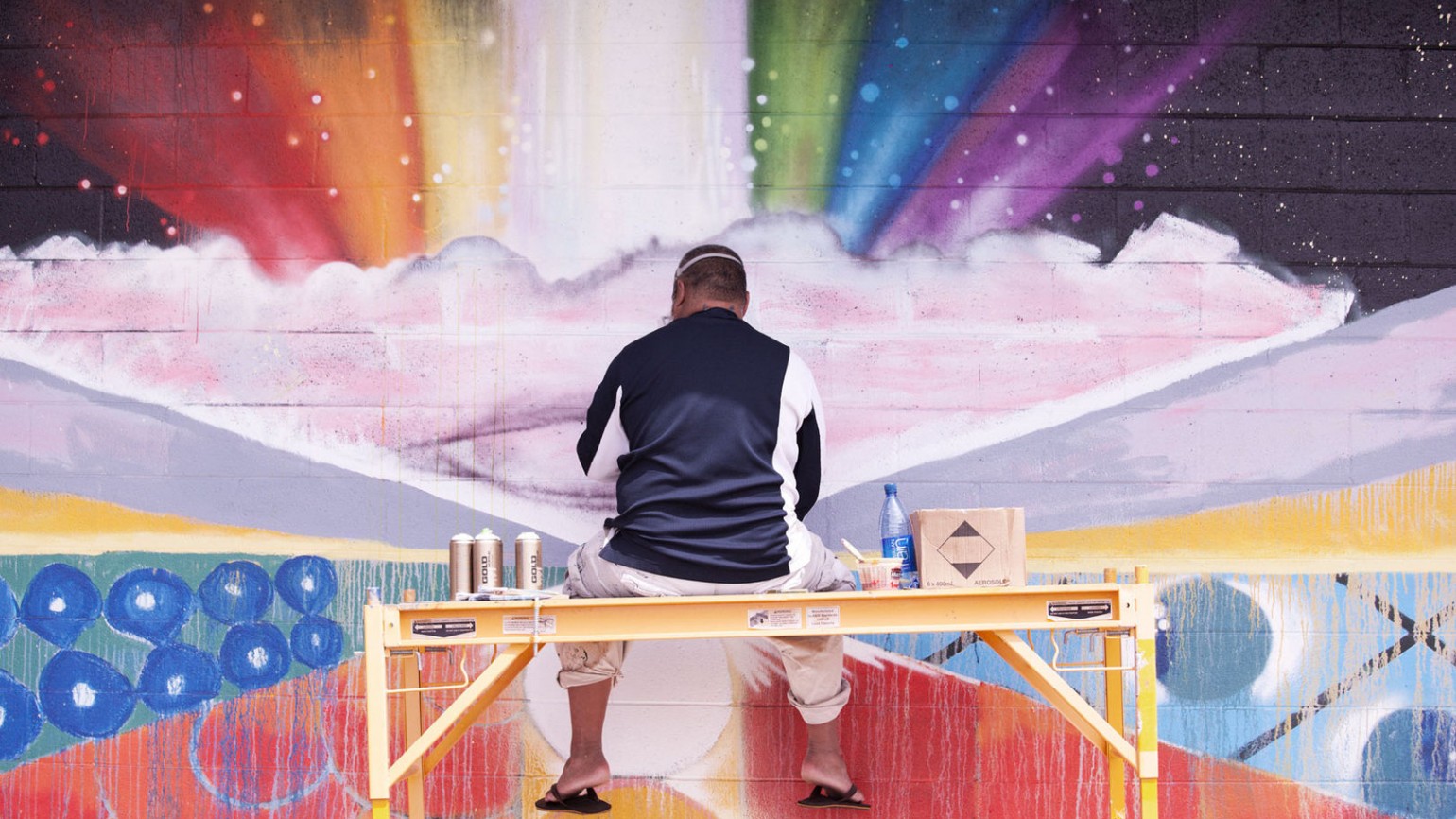 MELE MURALS is a feature documentary about the transformative power of modern graffiti art and ancient Hawaiian culture for a new generation of Native Hawaiians. At the center of the story are two renowned street artists – Estria Miyashiro (aka Estria) and John Hina (aka Prime) – a group of Native Hawaiian youth, and the rural community of Waimea. Set against the resurgence of Hawaiian language and culture of the past twenty years, Estria and Prime tell how their street art has taken them on personal journeys to discover their history, identity and responsibilities as Hawaiian people. Through the stories of these two graffiti artists and their joint quest to uphold Hawaiian culture through mural-making, MELE MURALS shows how public art rooted in underground graffiti unexpectedly but powerfully fuses with Native Hawaiian traditions and contemporary life to impact the students, the town of Waimea, and most of all the artists.

Co-presented by: The Vera Project and YouthCAN at the Wing.

Tadashi Nakamura was named one of CNN’s Young People Who Rock for being the youngest filmmaker at the 2008 Sundance Film Festival. His last film “Jake Shimabukuro: Life on Four Strings” (NEA funded) was broadcast nationally on PBS in 2013 and went on to win the 2013 Gotham Independent Film Audience Award. Nakamura’s trilogy of films on the Japanese American experience, “Yellow Brotherhood” (2003), “Pilgrimage” (2007) and “A Song for Ourselves” (2009) have garnered over 20 awards at film festivals.