COMING FULL CIRCLE: THE JOURNEY OF A TRANSGENDERED KOREAN ADOPTEE 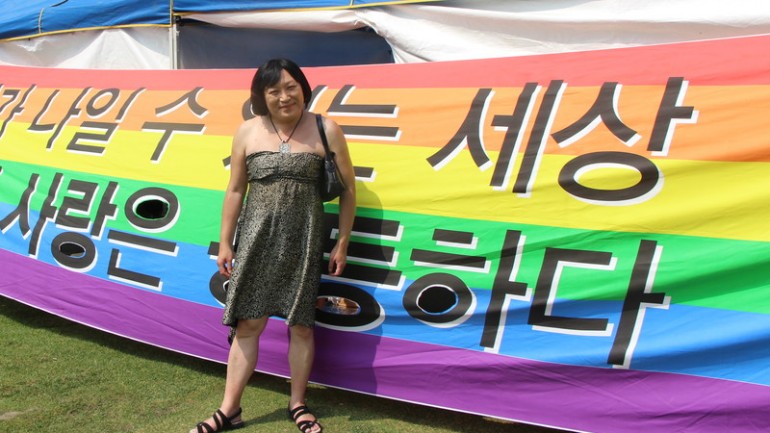 What is it like to go “back” to a country you never knew? Pauline Park was born into a poor family in post-war Korea. Adopted by white American parents, she left Korea as a 7-month old baby boy and grew up in Milwaukee, Wisconsin. 54 years later, she embarked on a journey of discovering and connecting to her past, where her birth name literally means “the second son.” This film follows Pauline as she visited Korea for the first time after she left.

Larry Tung is an award-winning documentary filmmaker and journalist in New York City. He is currently an assistant professor in the Department of Performing and Fine Arts at York College/CUNY and teaches courses in speech communication and communications technology.

Tung’s films focus on social justice and human rights. They have been featured in more than 40 film festivals around the world. His debut film, Daughters from China, won the 2005 Honolulu International Festival best documentary award, and his 2009 film, Welcome to My Queer Bookstore, was a finalist in the short documentary category in the CMJ Film Festival in New York. His 2013 film, From Leonard to Leona, premiered at Gender Reel Film Festival and was screened in multiple countries. His most recent film, Coming Full Circle, premiered at New Jersey Q Fest in April 2016 and won the best documentary award at the Ithaca Pan Asian American Film Festival.