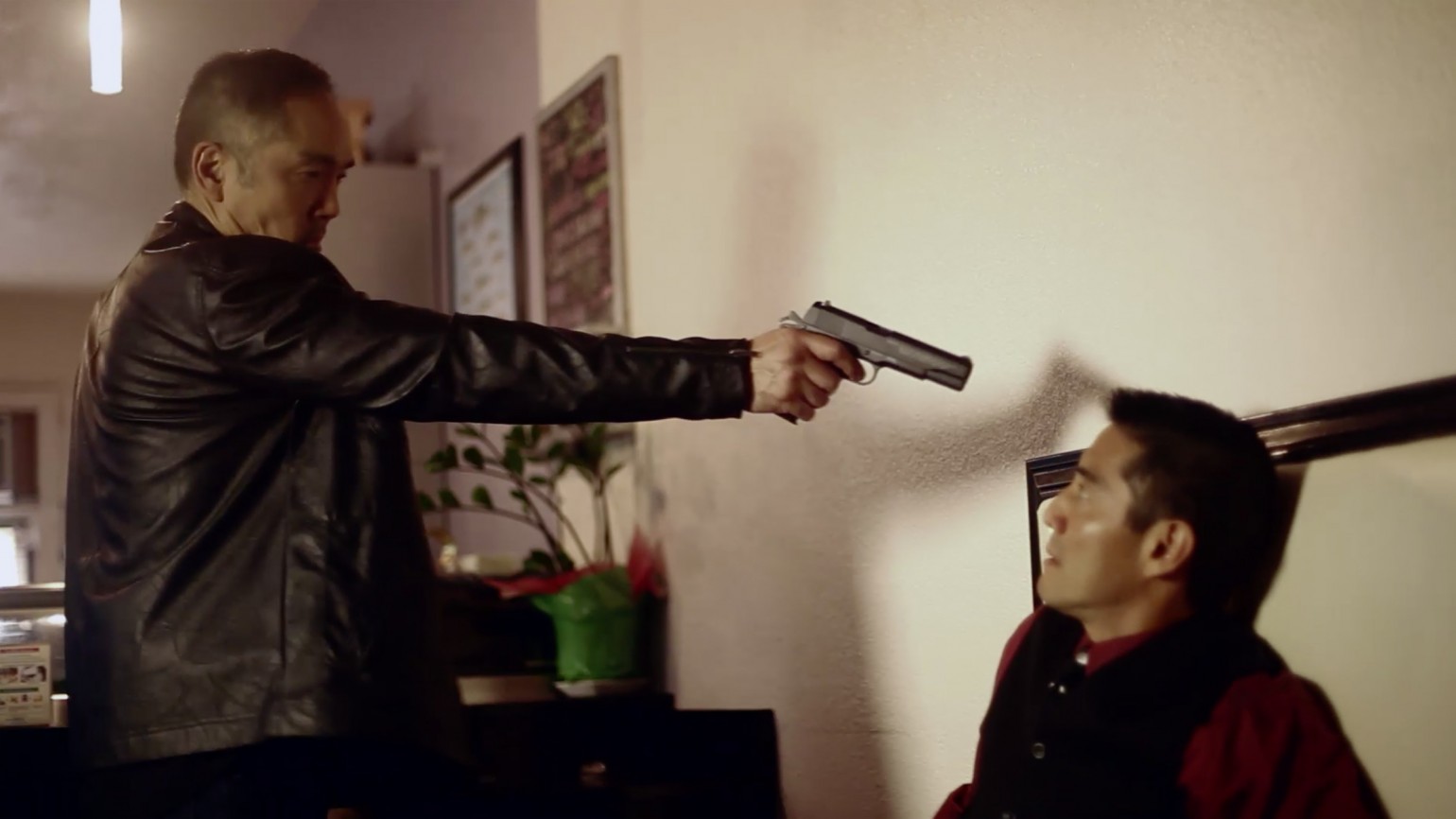 A hitman finds himself caught between his desire for revenge and damning himself to a hell of eternal suffering.

Yuji Okumoto was born and raised in Hollywood, California. He’s been acting for thirty-five years and has appeared in over eighty productions. His breakout role came when he was cast as the iconic villain in Karate Kid 2. Okumoto’s list of credits include Inception, Pearl Harbor, Big Momma’s House 2, The Truman Show, The Game, Contact, The Crow 4, True Believer, Johnny Tsunami and Johnny Kapahala. Yuji also writes and produces in his spare time. His first play, Filofax of Life, was featured in Eavesdrop Cafe. His next foray in writing came when he penned an action pilot Katana, for Strike TV. He has since directed, wrote and produced two short films, Black Thread and Out. Outside of “the industry”, Okumoto is the successful proprietor of Kona Kitchen, a Hawaiian-American restaurant in Seattle, Washington. Okumoto must be doing something right…Kona Kitchen has been a Seattle landmark for over twelve years.