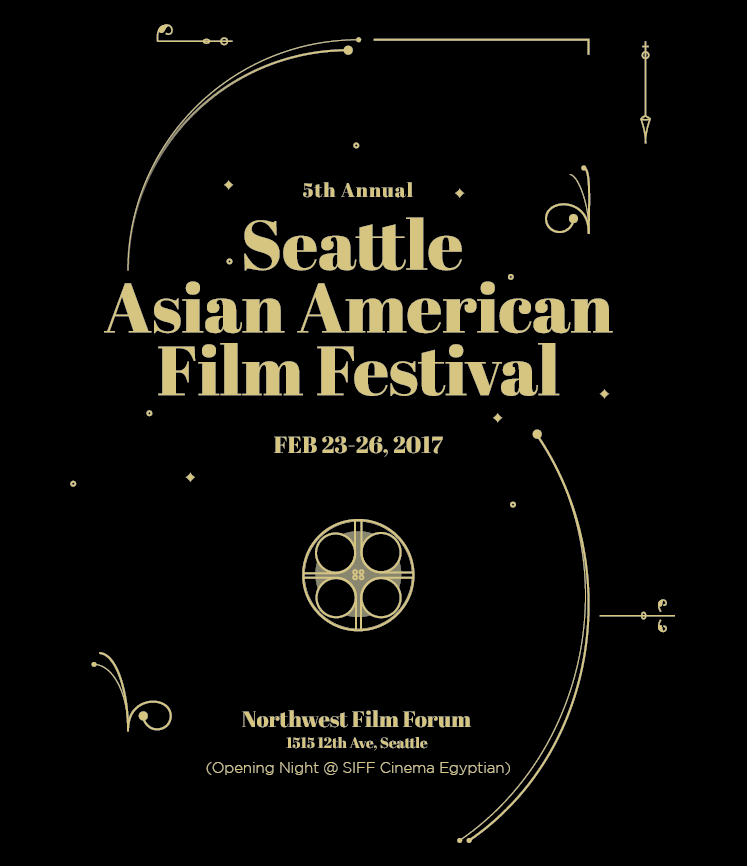 2016 has been quite a year for Asian Americans. Our voices rang out louder and clearer than ever, especially in the fight for media visibility. We advocated for more API leading roles and fought against whitewashing, Television is finally giving us more opportunities and proving to audiences that shows featuring our talent and stories can succeed, but the Hollywood film industry still fails to give us a chance.

In response, the Seattle Asian American Film Festival’s theme this year is #StarringUs–encompassing the very core of SAAFF’s mission. We believe Asian Pacific Americans can write our own stories and be recognized for our hardships and triumphs. It is increasingly vital that we create the narratives that we want to see in the world. There is no end to the talent that comes from the API community, and we will continue to be resilient, vibrant, and revolutionary in our own ways. This hashtag is a celebration of stories featuring Asian Americans – to uplift the voices that yearn to be heard and the people who hope to be seen and to continue to encourage and support films by and about us

2017 is a special year for SAAFF – it will be our fifth year running so we’re going all out, with our opening night kicking off at SIFF Cinema Egyptian with a grand opening party to follow. Our opening night lineup of films—A TASTE OF HOME, WHO KILLED DONNIE CHIN, and YEAR OF THE DRAGON—shine a spotlight on Seattle’s Chinatown-International District​ and show the drama, heroism, struggle, and joy lived every day in our own city.

Our 2017 festival features stories from across the wide spectrum of Asian American experiences. Brave immigrants, stoners on the run, and multiethnic dance crews – these are just a few of the characters you’ll see in our lineup.

Learn about the life of the late Tyrus Wong, a renowned artist and Asian American pioneer in TYRUS. Best known for influencing the art of Disney’s Bambi, the intimate documentary traces through his life to show his hardships, diligence, and illustrious career.

Ever wanted to see a South Asian American ensemble in a film that would typically star the likes of James Franco and Seth Rogan? Check out CHEE & T.

Come to know the riveting story of a former inmate turned community advocate in BREATHIN’: THE EDDY ZHENG STORY.

Want to be charmed by a heartwarming immigrant romcom set in the ‘70s? Join us for our closing night film, TIGER HUNTER, a debut feature directed by Lena Khan starring Danny Pudi, of the NBC television comedy, COMMUNITY.

Each and every film we show is truly unique, and we are proud to be giving them a platform. Take part in SAAFF 2017 to see Asian Americans where we deserve to be – on the big screen in moving narratives that must to be shared. We are the only film festival in Washington State with such a diverse program made by and starring APIs, so don’t miss the chance to come and support Asian American cinema. It is vital for us to come together in solidarity to continue to prove what we already know – Asian Americans do belong in film.

SAAFF remains one of the few Asian American film festivals on the continent, and in this special year, we look forward to sharing with you a diverse and profound selection of films. Our nation’s current turmoil gives urgency to our work to preserve and defend our community and build our connections with other groups. Independent Asian American cinema is one way for our voices to be heard, as it explores the complexity and diversity of our identities and stories. Creativity takes courage, as Henry Matisse once said. We must continue to be brave enough to share our perspectives with the world.