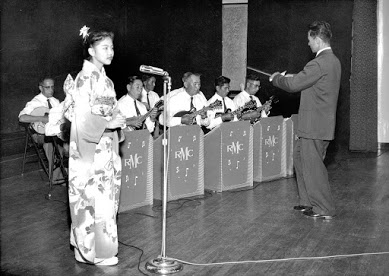 The discovery of old reel-to-reel tape recordings exhumed from the back of a closet leads to the resurrection of treasures from the Japanese-American musical culture of the 1950s-1960s, recorded by a Los Angeles band called the Rafu Mandolin Club.

David Osako is a Sansei Japanese American lawyer/photographer/filmmaker. His work focuses on bringing Little Tokyo’s characters and stories to life. He strives to preserve Japanese American history in Southern California.