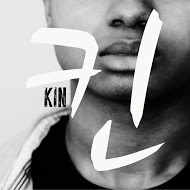 Soon after he turns 16, Jake’s African American mother sends him to Korea in hopes that he will learn more about his “other” culture and finally meet his Korean father. Five years later, Jake still remains confused about his identity, relationship with his father, and struggles with feeling isolated in the homogenous society of Korea.

Deborah Kim spent a year in Korea, working as a field editor for a independent feature Wait There, interning at various documentary film companies, including a freelance company for KBS. She is currently studying the “Expression of Beauty Through Film” at NYU’s Gallatin School of Individualized Studies.

Jacobi Hollingshed also attends New York University’s Gallatin School of Individualized Study. Combining his varied interests into a concentration he calls, “Creative Direction, Korean and French Studies,” he decided to study abroad in Korea where his fervor for the Korean language and culture grew exponentially.