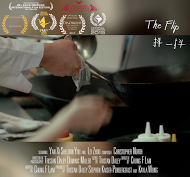 Eddie, a Chinese American boy, wants nothing more than for his mother to attend his school’s talent show and watch him perform “The Flip,” a fancy cooking technique he’s trying to learn for her. But when tragedy strikes, Eddie ends up using it for another, perhaps more deserving purpose.

Since coming to NYU, Chung Lam has made several noteworthy films. His film Bless You went to the International Grand Finale of Campus Movie Fest 2011. His short film Sweetly Broken screened at Cannes Short Film Corner 2012, the Seattle International Film Festival 2013, and the New Hope Film Festival, where it won the Jury Prize for Best Student Film.