FALL SEVEN TIMES, GET UP EIGHT: THE JAPANESE WAR BRIDES 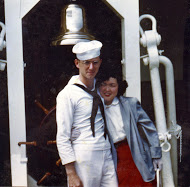 Atsuko, Emiko, and Hiroko were among tens of thousands of Japanese women who married their former enemies after World War II. They landed in 1950s America knowing no one, speaking little English, and often moving in with stunned in-laws. In brutally honest conversations with their daughters, they reveal the largely untold story of the Japanese war brides.

Journalists Lucy Craft, Kathryn Tolbert, and Karen Kasmauski have known each other for many years and often connect around shared professional interests in Japan. Their bond went beyond just their interest in Japan; all three were the daughters of Japanese war brides. Together they decided it was time to learn and share their mothers’ stories.