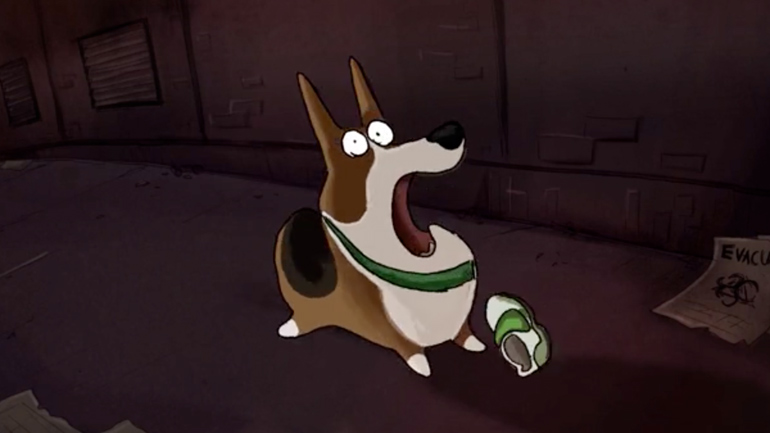 Stanley the Pembroke Welsh corgi is left behind during the break of an apocalypse. The smoke rises from the city as an epidemic sweeps across the nation. Now he will move his stubby little legs as fast as he can to reunite with his beloved owner.

John Kim is born in South Korea, and raised in Canada, British Columbia. He began creating animation and live-action film in his high school. He loves to film traveling documentaries and draw in his spare time. He is currently attending California Institute of the Arts enrolled in character animation.