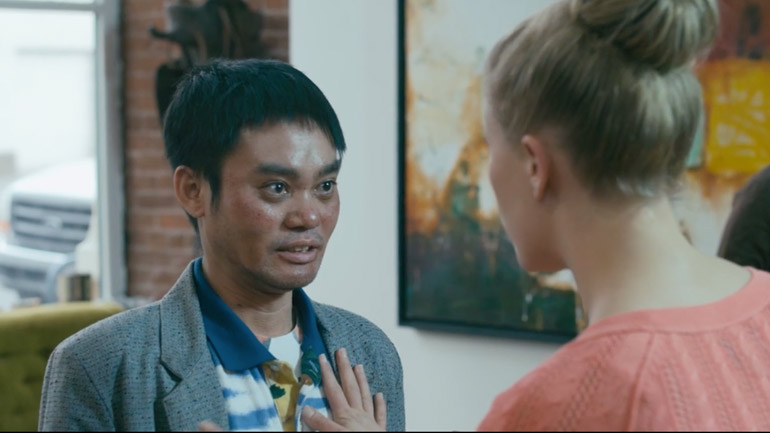 A Vietnamese-American man wrestles with his ambivalent and estranged relationship to a mentally ill half-brother. On the brink of a personal crisis, Michael visits his surrogate father, Henry. Their conversations tease out mysteries of Michael’s past and push him toward a haunting reunion with Khanh on the streets of Portland.

Vu’s filmmaking adventures started at a much later point in life than many of his heroes and colleagues. The journey has been circuitous and unconventional. His first short film was accepted into the 2011 DisOrient Asian American Film Festival. His subsequent short film projects have been incremental developments for the feature film vision, “Sway of the Knife.” The work produced from this process has resulted in a successful Kickstarter campaign, an Individual Project Grant from the Regional Arts and Culture Council, and private artistic endowments. He is currently in post-production on two works derived from a new narrative direction.