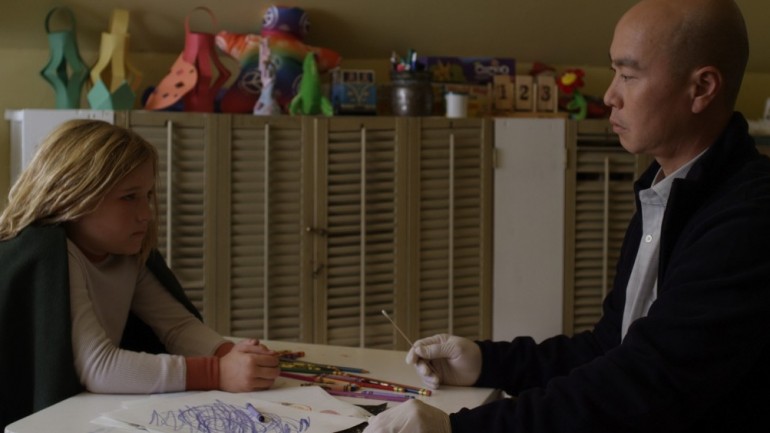 Dr. Lyon struggles with his professional obligations as he attempts to diagnose a little girl’s alarming symptoms on the eve of a viral outbreak. Perturbed by Viola’s increasingly unsettling behavior, Dr. Lyon must decide between sending the little girl away to quarantine or discover the truth behind her sickness.

Iris K. Shim’s first feature, THE HOUSE OF SUH, premiered at the Hot Docs International Documentary Film Festival and went on to win awards at the Hamptons Film Festival, San Diego Asian American Film Festival, Los Angeles Asian Pacific Film Festival, as well as a CINE Master Series Award. The film was picked up by MSNBC Films and aired nationally in 2011. Iris has since transitioned into narrative with her studies at Columbia University’s Graduate Film Program, where she has recently completed her thesis film H7N3, a genre-blending short film starring C.S. Lee (Dexter). She currently resides in Los Angeles.