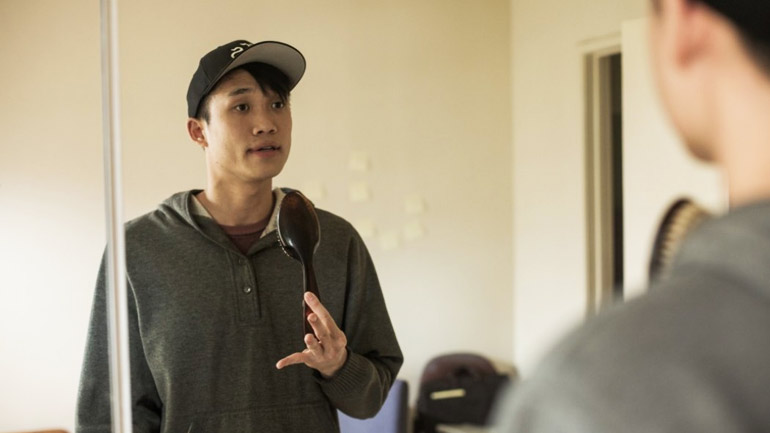 Juxtaposing a comic’s life on and offstage, GIVE IT UP explores the pain behind his comedy. After a brutal breakup, an amateur comedian copes using comedy in more ways than one. His story is a reminder that behind every joke lies a dark truth.